Corsica is an ideal Mediterranean yacht charter destination, offering all that you would expect from the Med in summer: clear blue waters, fantastic cuisine, beautiful beaches and seaside towns, and thousands of years of history... all with both a French and Italian flair. Our Corsica Yacht Charter Guide discusses Corsica from the perspective of the yacht charterer, including our recommended destinations, the best charter yachts, and an overview of the cuisine, history and lifestyle that is uniquely Corsican. Corsica is a very popular luxury yacht charter destination for summer 2022 nestled between the French Riviera and Sardinia. If you love France and would like a change from the hustle and bustle of the Riviera, Corsica is the perfect antidote to the glam Riviera. Corsica is home to some of the longest and most beautiful beaches in the Mediterranean, stunning cliffs and rock formations, protected natural marine parks, beautiful bays and historical ports, not to mention the dramatic inland mountains, forests, rivers and waterfalls. The Italian influence is apparent in the food - the signature Corsican dish is wild boar casserole with chestnuts. Corsican charcuterie is also unique and difficult to source outside of its home.

Many of the yachts based on the French Riviera can include Corsica as part of their itinerary. With room for lots of guests and a large selection of water toys, you and your family or group of friends will be entertained all day onboard, cruising from one destination to the next in comfort.

Corsica provides outstanding cruising lined with stunning rocky scenery and beautiful beaches. The West coast of Corsica is the most enjoyable with points of interest within a short sailing distance of each other. Spend your morning enjoying a short sail to your next destination and the afternoon soaking up the Mediterranean sun on the spacious deck!

With no keel to worry about, a catamaran is the only choice for those wishing to anchor closer to the shore for a spot of snorkelling and swimming. You also benefit from more stability, making it extremely comfortable overnight when there is a slight breeze.

The Capital of Corsica is the birthplace of Napoleon Bonaparte in 1769. Ajaccio is situated on one of the most beautiful gulfs in the world, surrounded on three sides by mountains that protect it and make it an excellent sheltered charter destination.  Ajaccio is attractive for its old town, relaxing cafés and the views of its glorious bay.

The ageless port of Bastia, on the North East coast of Corsica just below Cap Corsica, is the commercial centre of Corsica - a bustling city of 40,000 inhabitants. It can be subject to harsh winds and weather, but regardless boasts 340 sunny days per year. The main attractions are the place St-Nicolas, Terra Vecchia, the old quarter, and Terra Nova, the area surrounding the Citadelle.

One of the most beautiful bays in Corsica is Girolata, a beautiful fortified sanctuary found at the southernmost end of the Scandola Nature Reserve. It is one of the emblematic destinations of Corsica, often seen on the cover of many Corsica guidebooks. The dramatic setting with the small village on a peninsula surrounded by the sea and running up the high mountains in the famous red rock of the region, make for a very impressive and scenic location.  It is the perfect place to relax and unwind on anchor during your holiday!

Created in 1975, this World Heritage Site on the Southwest of Calvi is an extraordinary sight. Unreachable by car and by foot only reachable by crossing very high mountains, the best way to visit this stunning area is by boat!  Striking rock formations emerge from the sea to create idyllic scenery along the coastline packed with jagged inlets and caves. The Scandola reserve has established seal and dolphin colonies and after great efforts by conservationists, Ospreys are becoming established in this area!

Bonifacio is a narrow peninsula of white limestone that is ideal if you're looking for a picturesque anchorage. The beautiful Haute Ville offers winding streets with Genoese architecture and rises out of sheer, weathered cliffs. Its natural port offers plenty of restaurants and shops and is frequented in the summer by yachts from throughout the Med. Being on the southern tip of Corsica, Bonifacio is also an ideal location to explore Sardinia and the beautiful La Maddalena National Park.

When you approach Calvi by boat, you are immediately struck by the beauty of this impressive port – the monumental 13th-century citadel with three bastions and long ramparts, rugged mountains and gorgeous pine forest. There are plenty of laid back places to eat and drink along the quay Landry, the seafront walkway between the port and the marina.

L’ile Rousse (Red Island) was founded by Pasquale Paoli in 1758 whose wish was to create a port not controlled by the Genoese.  The well laid out streets lined with boutiques and restaurants are a great attraction for tourists throughout the summer.  The centre of the town is home to Place Paoli, which has a marketplace and is covered by the abundance of plane trees which keep this area cool in the height of summer.

Porto-Vecchio is near the most beautiful beaches of the South of Corsica, the most famous being Palombaggia. Often called the "city of salt" because it was built on dried salt marshes, it is a beautiful port nestled between mountains and crystal clear waters. It is a charming destination as well as a great base for exploring both the neighbouring islands and the wild backcountry of Corsica.

Propriano is a fishing harbour in the narrowest part of the Valinco Gulf.  The majority of buildings in Propriano date from the early 19th century, when the port originated and most of the town was built. Its natural harbour was once frequented by the ancient Greeks, Carthaginians and Romans, but became a key target for Saracen pirate raids in the 18th century, when it was largely destroyed. It is a thriving tourist town and close to excellent beaches, including plage de lido.

The unspoilt national park made up of 7 main islands and numerous small islets. La Maddalena’s crystal clear waters are the perfect anchorage for an afternoon snorkel or to discover the beautiful beaches which can only be reached by your yacht, the best being The Spiaggia Rosa or Pink of Budelli whose exclusive pink sands made of crushed coral make this the pearl of the Maddalena.

A stunning old fishing port backed by breathtaking mountains, St Florent is a fun place to spend the morning or afternoon wandering around the boutique shops and stopping off for a coffee in one of the many cafes in the harbour around the Places des Portes. The town was built around the 15th-century Genoise citadel, which is used for various art exhibitions during the summer months. St Florent is home to Saleccia beach, a kilometre-long sweep of soft, white sand with an impressive backdrop of high dunes. Saleccia is one of Corsica's most picturesque beaches, a kilometre of soft white sand with a dramatic backdrop of high dunes.

The best way to reach Corsica, of course, is by boat. The island is accessible from the French mainland - a day`s sail or 3-4 hours by motor yacht from the French Riviera. It's easily reachable as well by ferry or plane from all major French airports. It's also close to Tuscany and within easy reach of Propriano or the Tuscan Islands.

Corsica nearly touches La Maddalena and Sardinia to its south, and the two islands are often combined on a charter itinerary, allowing a comparison of the French and Italian Mediterranean Island approach to life and vacationing.

The coastal areas of Corsica have a Mediterranean climate - with temperatures ranging from 12°C/50°F in the winter to 28°C/80°F in the summer. There is very little rainfall in the summer, making it ideal for holidays and charters. Prevailing winds are south-westerly, westerly and north-westerly.

The climate varies considerably with altitude - at about 1500 meters the island becomes alpine and the peaks are often covered with snow. There are many micro-climates on the island because of the mountains, and the north is generally hotter than the south.

Because of its beauty and strategic position, Corsica has a long history of conflict, invasion, sacking, and occupation. Thieves and pirates used Corsica to trade and store their treasure, and ambushed travellers in the mountainous centre of the island. Corsica has been conquered and possessed by Ancient Greece, Phocéens, Rome, Syracuse, the Moors, Genoa, Pisa and Sardinia.

Throughout its entire history of occupation, however, Corsican nationalists have struggled for control of the island - the islands were never easy to occupy. These struggles have had various levels of success and have been known as "vendettas" - the spirit of which lives on today.

French Troops first arrived in 1553, mainly fighting the Genoese for control of the strategic island. This struggle continued for over 200 years until the Genoese withdrew and the island was fully controlled by the French in 1769 - the year Napoleon was born in Ajaccio as a French Citizen. 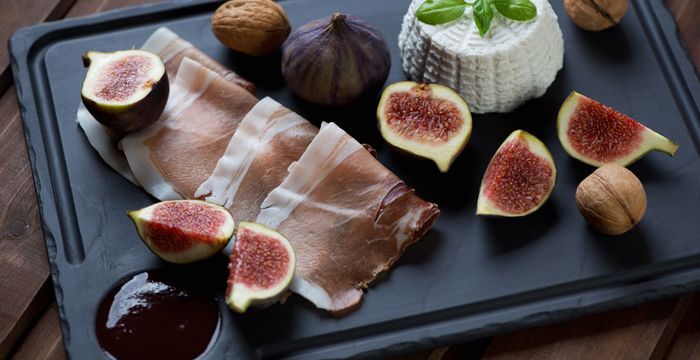 Corsican food derives from its fishing and agricultural history and the natural bounty of olives and other Mediterranean specialities. Indigenous herbs such as thyme, basil, fennel, and rosemary and the scented brush called maquis give Corsican cuisine its distinctive flavour. Corsican specialities are charcuterie (cooked and processed pork, often fed with chestnuts), chestnut fritters (fritelli a gaju frescu) and chestnut cake (pulenta). Brocciu, a soft cheese made with ewe's milk, is found everywhere and is the basis for many dishes, including omelettes stuffed with brocciu and mint, and cannelloni al brocciu. Hard Corsican cheese is also very good.

Corsica is well known for its subtle rosé and dry white wines. The most famous are Patrimonio (near Saint Florent) and Ajaccio wines. 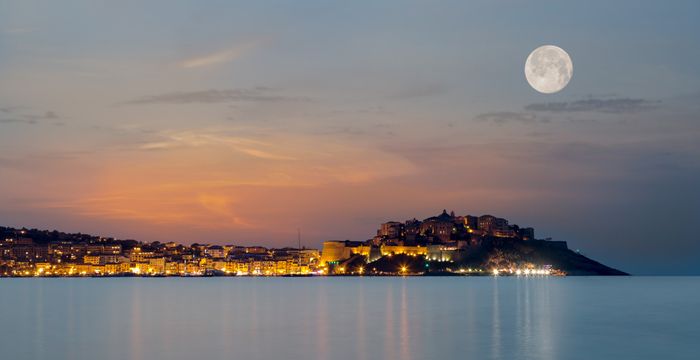 Boatbookings has a wide variety of boat rentals in Corsica, ranging from bareboat monohull sailboats to crewed luxury catamarans to luxury motor yachts and everything in between. We can find you the charter yacht in Corsica that best fits your needs and budget. Have a look at our Corsica Charter Yachts or simply contact us and we'll recommend the best boat for you.

Chartering a Yacht in France