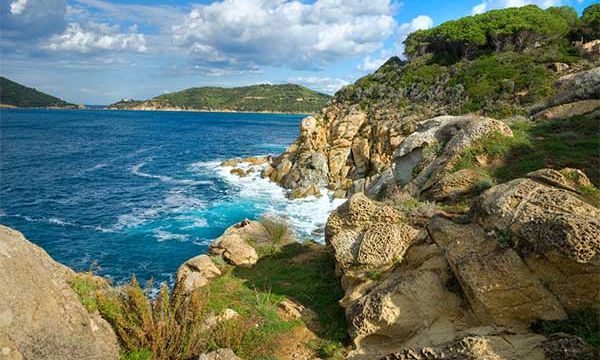 About the Tuscan Archipelago

It is said that the Venus of the Tyrrhenian Sea let slip seven pearls from the necklace which adorned her elegant neck when she emerged from the sea to embrace the horizon, the pearls then transformed themselves the Tuscan Archipelago. Lying between the Ligurian and Tyrrhenian seas to the West of mainland Italy and East of Sardinia and Corsica, this string of islands from north to south are Gorgona near Livorno, Capraia, Elba (the largest), Pianosa, Montecristo and finally Giglio and Giannutri near Monte Argentario.

Geologically speaking, the Archipelago was actually created from volcanic land that has given Elba its peak of more than 1000m. All the islands are protected in the National Park of the Tuscan Archipelago, the biggest marine park in Europe, and are an important cross-over point for many birds migrating from Europe to Africa as well as being home to many rare and endemic species. For this reason, development and tourism in the region is regulated to protect the natural eco-system. The islands of Montecristo, Pianoso and Gorgona are particularly tightly protected with strict guidelines as to how close boats can get to them so it worth checking the rules of access before sailing in this area. The other islands of Capraia, Elba, Giglio and Giannutri are more easily accessible.

Chartering in the Tuscan Archipelago 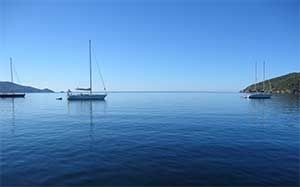 The mild climate means that visiting and enjoying the Tuscan Archipelago is suitable any time of the year and the diving in the area is said by experts to be some of the best in the Mediterranean. Sailing is perhaps the most traditional way to cruise the Mediterranean waters between the islands and the majority of boats are berthed in Viareggio, Piombino on the Tuscan Coast and the island of Elba. The Tuscan Archipelago, the Tuscan Coastline and the islands of Sardinia and Corsica are so close that it is easy to navigate between them and achieve a destination-hopping charter holiday, you can even change country as Corsica is part of France! 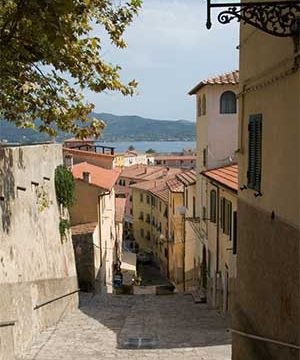 Elba, the largest and most popular island, is dotted with romantic and intimate fishing villages, ancient castles and fortresses, forested hillsides and secluded sandy beaches. In many aspects Elba is very much like Sardinia with superb diving opportunities in the crystal clear waters that lap at her shores, and although small in size the island has a lot to offer. This rustic paradise has managed to maintain its age old character littered with influences from all the Mediterranean civilizations over the centuries whilst still developing with the technological era.

Elba is easily accessible from the coastal towns of Piombino and lies only a short 50km (30miles) from Corsica. The island has much to offer for the intrepid adventurer and nature lover with plenty of testing treks, mountain bike routes, fishing and watersports and for the lover of cuisine the island has a number of good restaurants serving local produce and wine.

The main town and port of the island is Portoferrario dating back to the time of the ancient greeks. She is stunning, prestigious and steeped in a long and rich history. Other marinas where provisions can be sought and restaurants sampled are Marciana where there are also some delightful back street shops, the bay of Porto di Fetovaia where the beach is ideal for swimming and there is an assortment of restaurants and bars, Golfo di Campo which is colorful and has an excellent fish market, the larger bay of Golfo Stella with a wider choice of restaurants and the small marina at Porto Azurro where the town boasts many restaurants, bars and ice-cream parlours to complete your italian experience! Elba really has a surprising amount of wonder packed into such a small island and is waiting for you to explore it. 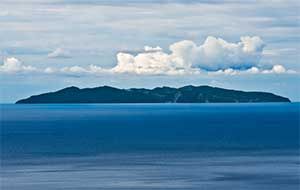 Capraia is characterised by a rough and wild landscape set on a 300-400m mountain ridge mostly untouched by man. The island sits nestled in the sea between Corsica, Elba and the mainland town of Livorno. The port, bay and peninsula that leads out to the village of Capraia are the only inhabited parts of the island with the rest is left in the charge of Mother Nature. Of particular interest from the sea is ‘Cala Rossa’ the remains of the volcanic craters made from fire-red rock as well as pretty little coves, ancient watch towers and nesting seagulls.

About Giglio and Giannutri

Giglio and Giannutri are the two most southern of the Tuscan Archipelago and lay only a stone’s throw from Monte Argentario. The main port of Giglio, Giglio Porto, is a pretty fishing village with a castle at the top and plenty of good restaurants to dine in. Cala del Saraceno, a nearby cove, is a beautiful stop with the remains of an ancient Roman villa. The island is the birthplace of the famous ‘Ansonaco’ wine that is grown and produced here among the Mediterranean vegetation. The variety in coastline is also an interesting feature of this island, alternating between cliffs of smooth granite, coves, bays and sandy beaches all the way around its 28km perimeter. Giannutri, much smaller in size than neighboring Giglio, is an island free from cars and is well-known for its caves and more ruins of fine Roman villas. 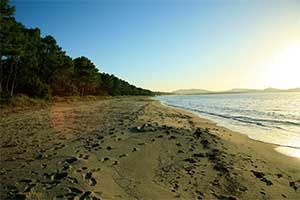 To sail a boat in the emerald waters of these striking islands is an experience that you will never forget and Boatbookings.com has the expertise and boats to make this experience a reality. Browse through the boats below or contact us directly to find out more about Italy and the Tuscan Archipelago.

Other Italian destinations: The Italian Riviera | Sardinia | Sicily | Naples and the Amalfi Coast | The Aeolian Islands

Some information courtesy of the Tuscany Tourist Board