Summer is in full swing and whether you are chartering a yacht for the full week or for a day charter, Anjuna Beach is a must! Found in the quiet preserved bay of Eze, this charming Bali-esque beach club has a cool and relaxed vibe, offering exsquisite food in beautiful surroundings.

END_OF_DOCUMENT_TOKEN_TO_BE_REPLACED

The Ionian islands continue to be one of the most popular charter destinations each summer, and if you haven’t visited yet, they are well worth a trip.  The Ionian is a group of islands which run from the bottom of the Adriatic to the Peloponnese and are among the greenest in Greece, studded with olive groves.  Made up of twelve small and large islands, Zakynthos, Ithaca, Corfu (Kerkyra), Kefalonia, Lefkada, and Paxi are the large Ionian Islands. The smaller islands include Antipaxi, Erikousa, Mathraki, Othoni, Meganisi and the deserted islets of Strofades south of Zakynthos. With its mild winds, crystal clear waters and predictable weather patterns, the Ionian offers excellent and safe sailing conditions. 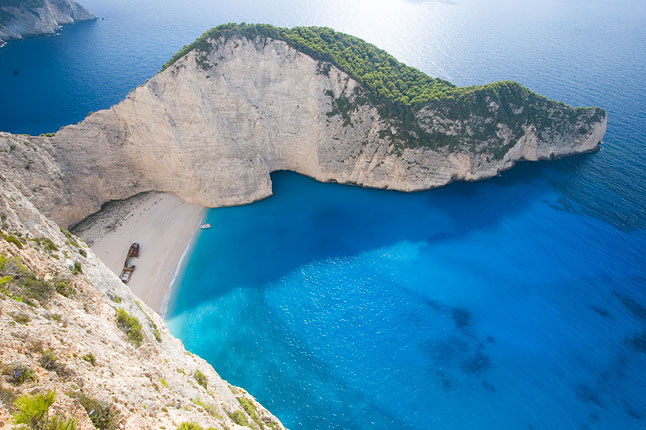 END_OF_DOCUMENT_TOKEN_TO_BE_REPLACED

Monaco is the ultimate millionaire’s playground. A place where you can lose 1 million euros in the casino before driving away in your custom Ferrari and nobody will bat an eyelid. In terms of glamour and wealth, Monaco is pretty much unrivalled. This is underlined by the unveiling of the world’s most expensive apartment. For an estimated £240 million, you could own the top 5 stories of the brand new Odeon Tower. 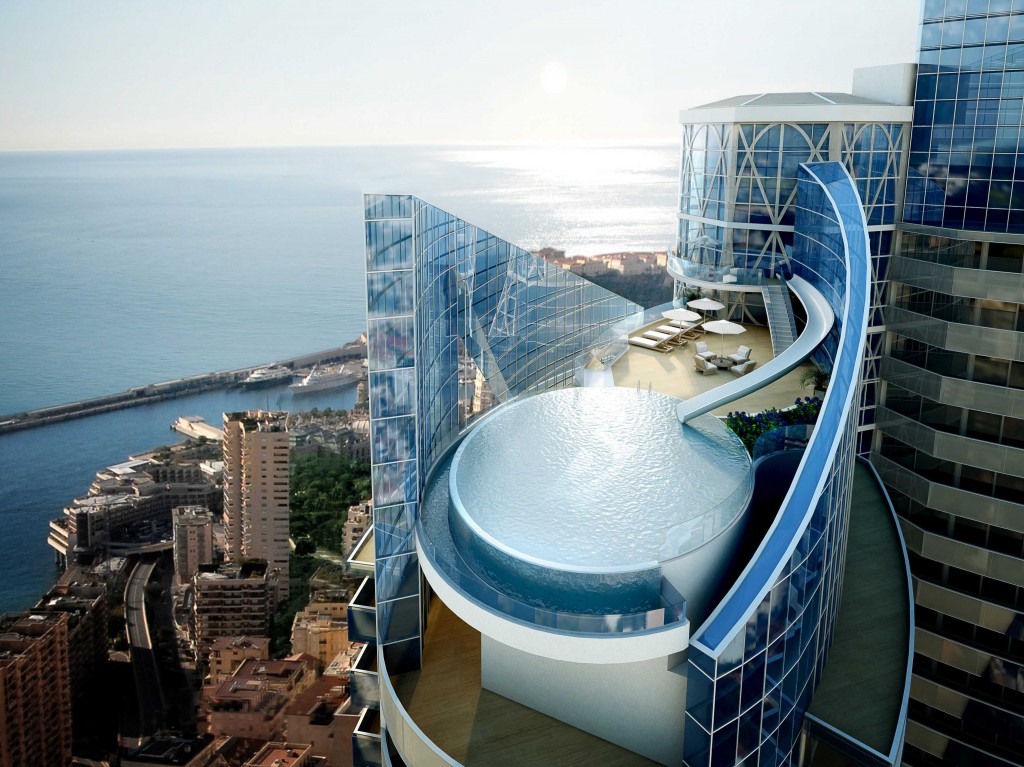 Square footage doesn’t come cheap in Monaco, with most apartments being very much on the small side. The super-sized flats in the Odeon Tower are therefore a diamond dozen in the Principality. Although you will have to wait until 2015 before you can move in, the wait just might be worth it when you slide out of your bedroom and into your pool 560ft above the ground.

Of course you will need the perfect yacht to go with your perfect apartment. Shortly ECSTASEA will even have a slide to match. This is by no means the only highlight however. ECSTASEA is 85m of pure extravagance and luxury and she is available to charter for the Monaco Yacht Show. 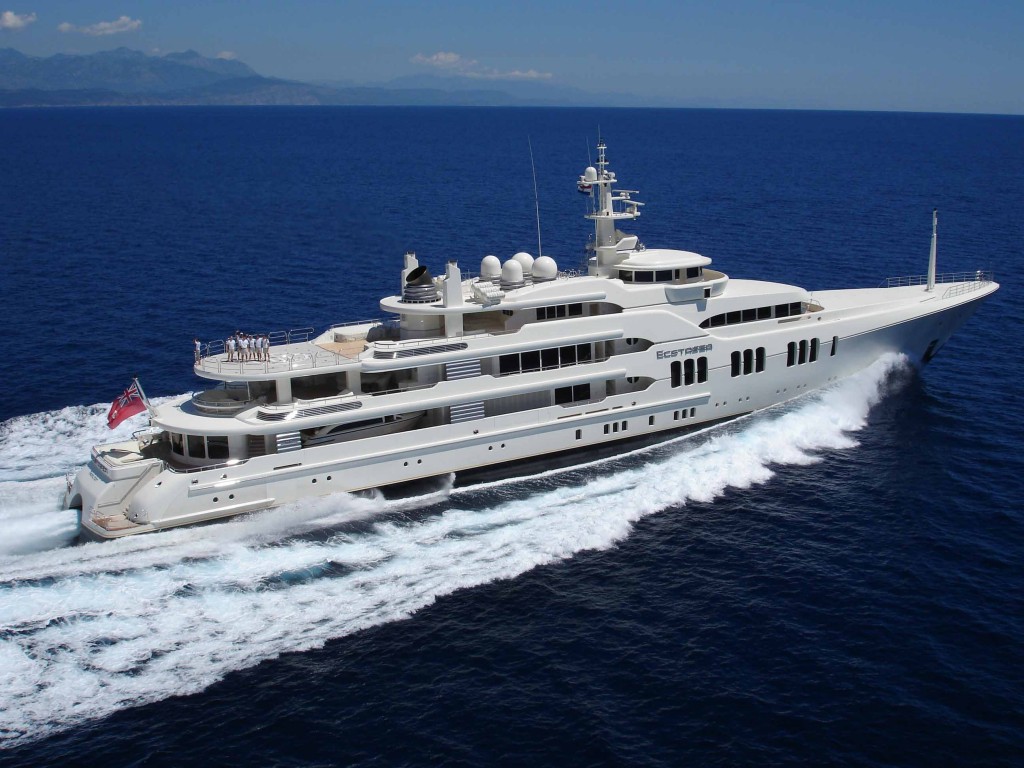 On board, the attention to detail is astonishing, particularly given her size. She is decorated with an African tribal theme throughout providing a magnificent mix of down to earth simplicity and indulgent comfort. 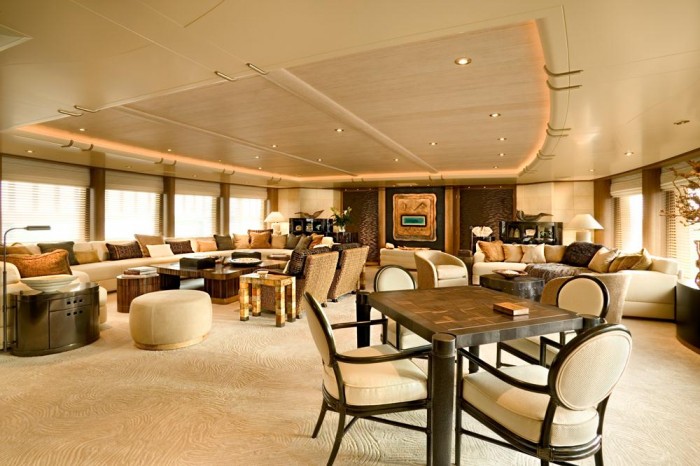 Above deck you’ll find plenty of space to spread out and work on your tan and when the time comes to cool off, slide into the sea before zooming around on a jet ski or bouncing around on one of the small armada of water toys. 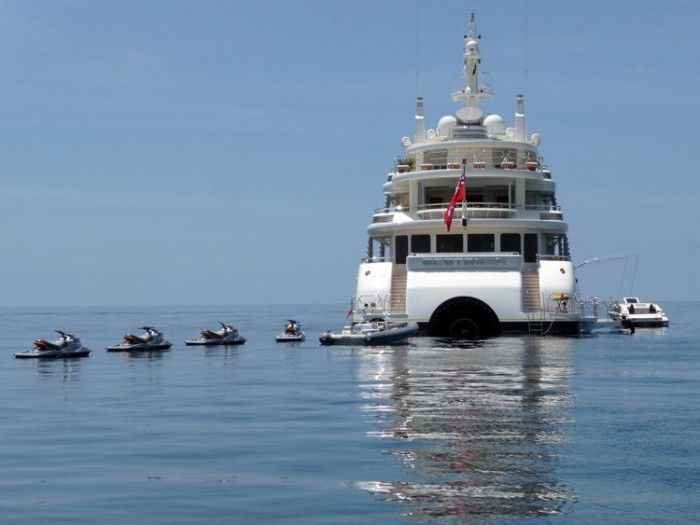 ECSTASEA really is the pinnacle of luxury. There is even a helicopter hangar, since leaving your helicopter on deck is obviously far too gauche. To charter ECSTASEA, please don’t hesitate to get in contact with the Boatbookings team.

The mid-summer parties in Ibiza are in full swing and it would seem that anyone who is anyone has upped sticks and set up camp in the Balearic Islands. Word has clearly got out that the best way to enjoy this slice of heaven off the coast of Spain is on a yacht. Made in Chelsea’s Millie Mackintosh has been spotted on the aft deck sunbathing topless and Neymar has decided that the best way to recover from a broken back is to kick back on the stunning PETARDO C.

There’s something for all you Justin Bieber fans as well. Considering Orlando Bloom’s popularity rating’s are now sky high having punched the Canadian singer, it would appear there aren’t many of you, but alas, it seems like there are still a couple of people willing to put up with him. He’s been seen off the coast of Formentera, trying out the latest and most exciting water toy, the flyboard while aboard ECSTASEA, the 86m feadship, designed and formerly owned by Russian oligarch, Roman Abramovich. 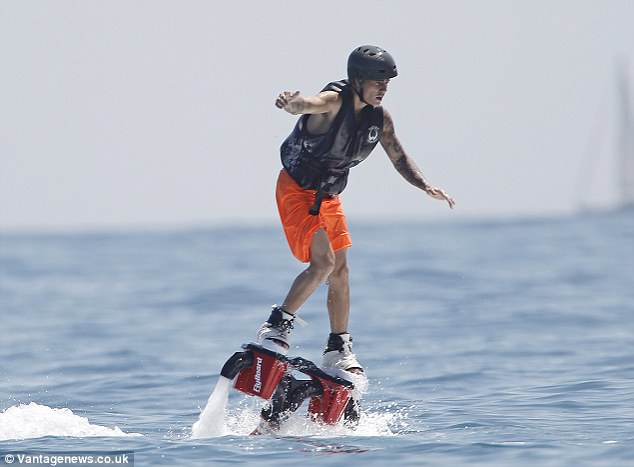 Bieber is about as good on the flyboard as he is in a boxing match, however the same cannot be said of his guest, Fast and Furious star Michelle Rodriguez who, when not cosied up next to her latest fling, Zac Efron, proves to be a comparative pro on the jet powered water toy. 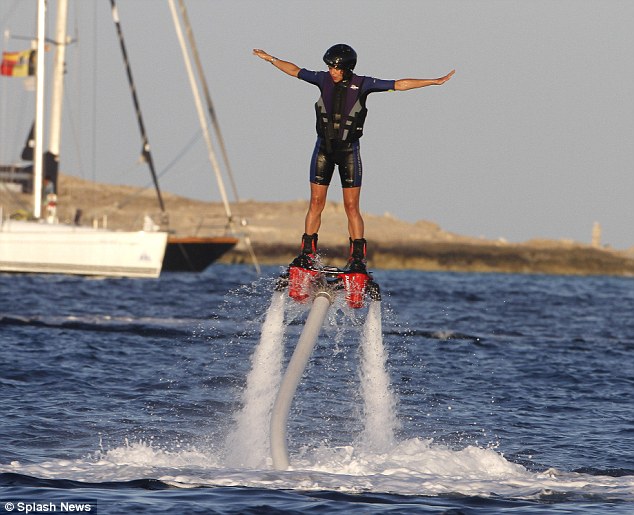 Rather than sitting at home and seething with jealousy, why not get out there and join them? JAZZ OF MONACO is a fantastic yacht for treating your friends and family. The 30m Benetti has an astonishing amount of outside space across 3 decks.

Dine al fresco on the bridge deck before moving up to the fly deck to soak up some sun and then relax with a cocktail on the aft deck as the sun goes down. A week spent enjoying perfect days like this can be your’s for the excellent price of 53,000€! 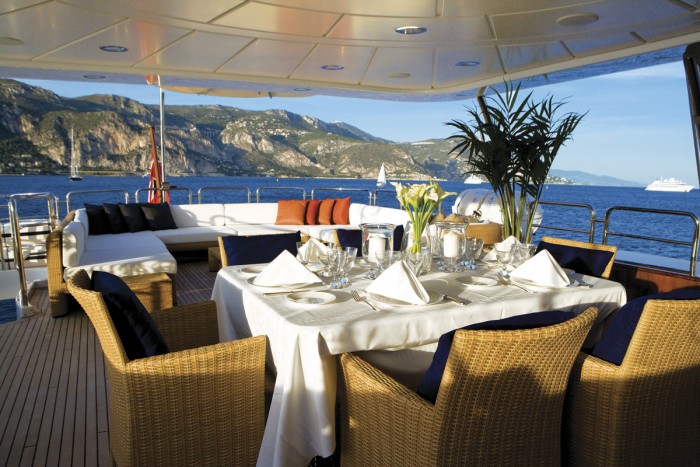 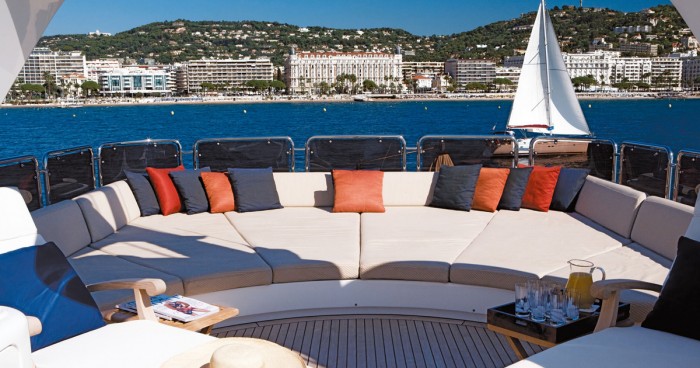 For a truly unforgettable week in the sun, charter Eddie Jordan’s pride and joy, the brand new, 2014 Sunseeker, BLUSH. Sunseeker’s 155′ flagship is exquisite from every angle. 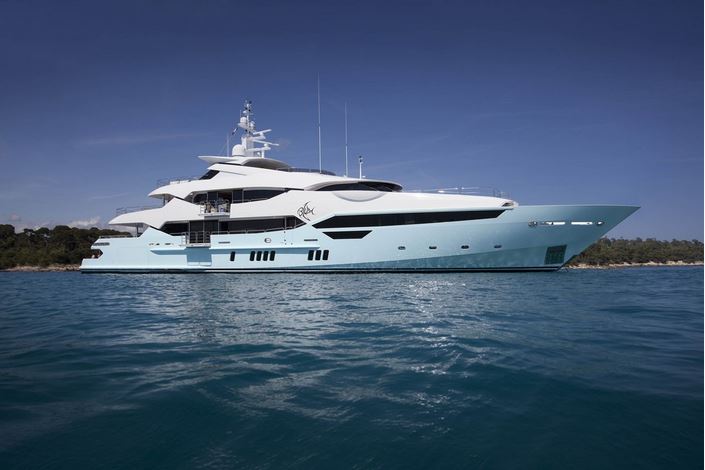 Above deck you are spoilt for choice. Each deck, forward and aft, is achingly cool, spacious and comfortable and there are few better ways to spend an afternoon that soaking in a jacuzzi, watching the world go by. 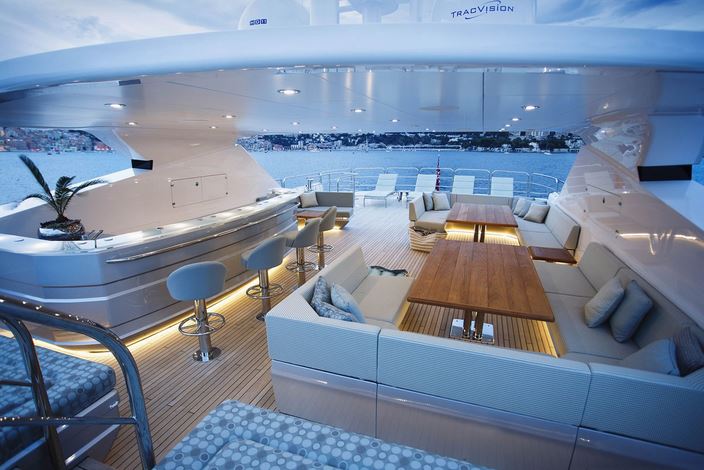 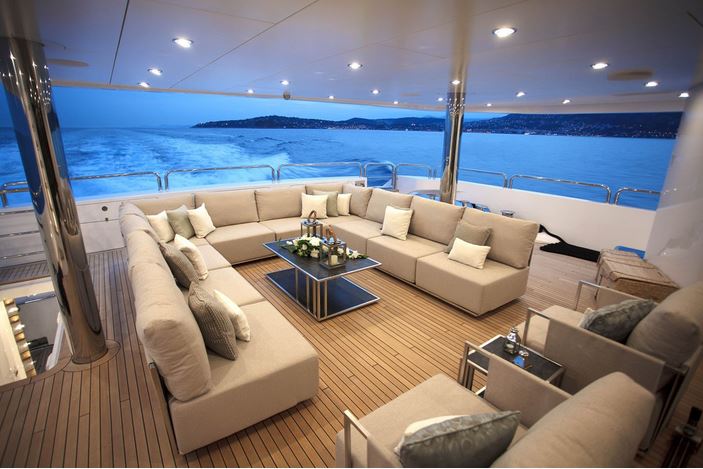 The interior has been styled meticulously, furnished beautifully and finished with no expense spared. In all, BLUSH is amongst the most desirable yachts on the charter market. 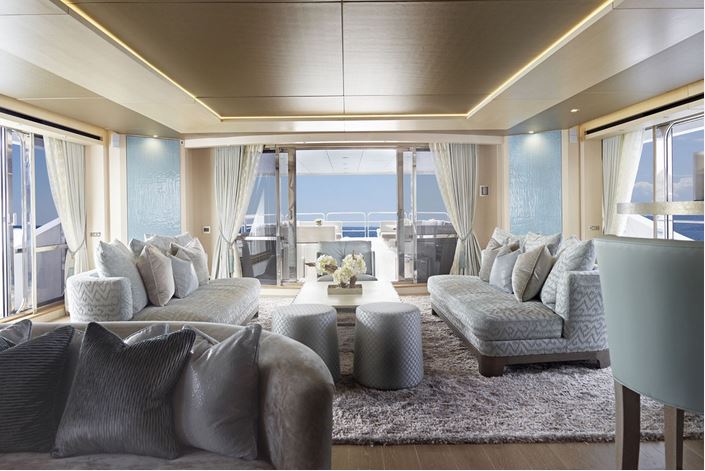 For a week that you will never forget aboard JAZZ OF MONACO or BLUSH, contact the Boatbookings team today.

Following a thrilling Grand Prix last week in Hungary, Lewis Hamilton has closed the gap to team-mate Nico Rosberg to just 9 points. With the 2 silver arrows seemingly destined to trade blows at the top of the leaderboard right up until the end of the season, the final race of the season in Abu Dhabi promises to be an occasion not to be missed. Since its inaugural race in 2010, the Yaz Marina circuit has hosted the final of race of the calendar every year. The 5.5km track weaves through five star hotels and the stunning Yaz Marina and, with fireworks guaranteed on and off the track, there is no better place to crown a new Formula 1 champion. 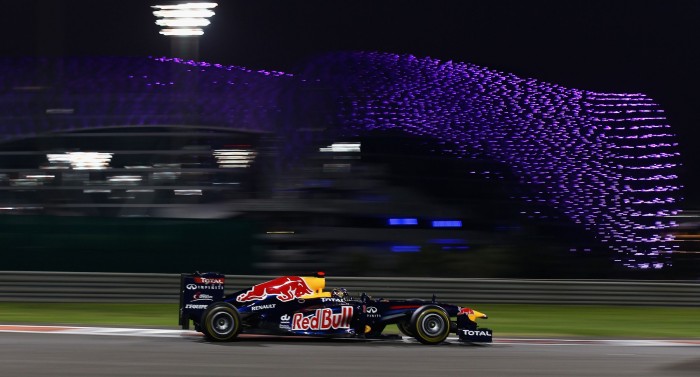 On a yacht, you couldn’t be closer to the action if you were driving the car yourself. At such a fantastic event, amongst the most glamorous and wealthy people in the world, you will be the envy of them all on MOGAMBO. 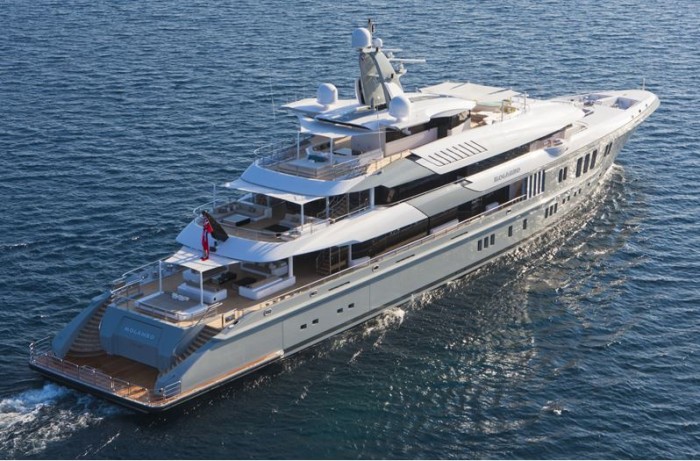 Aft, her 3 vast decks are the perfect place to host a party for the race, with all of your guests being able to enjoy uninterrupted views of the action on the track.

During the day, there is no shortage of space to relax and recover from the party the night before; whether you are sipping on a cold drink while soaking in the jacuzzi or spreading out and soaking up the sun. 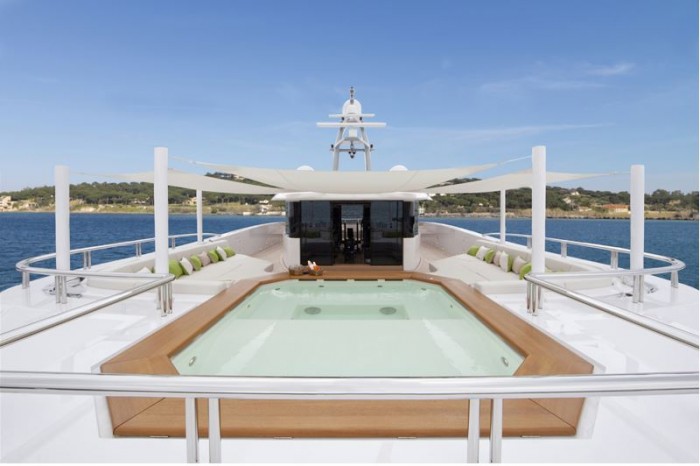 Stunning, simple and sophisticated. The interior is no less impressive than the outdoor spaces. Even those well-acquainted with the finest luxuries can’t help but be impressed by the magnificent styling and the indulgent volume of space available on board. 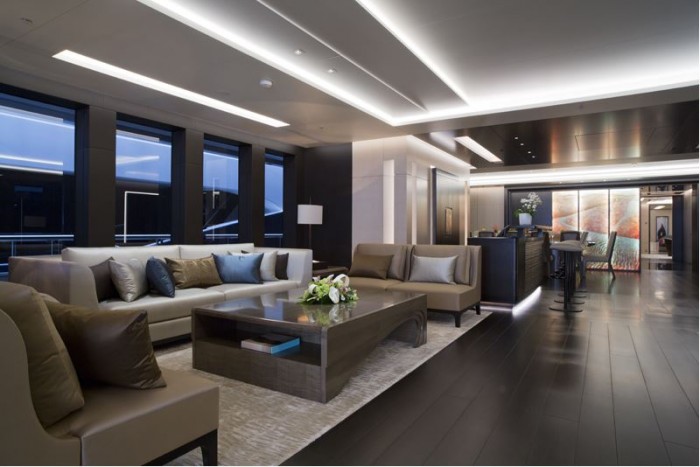