At Boatbookings.com we love Palmer Johnson Yachts so we’re excited to see the first shots of the brand new SuperSport model being released from the yard. This 48m SuperYacht doesn’t disappoint, her exterior lines and hull design are breathtaking giving her the appearance more of a something from a Science Fiction movie rather than a yacht! 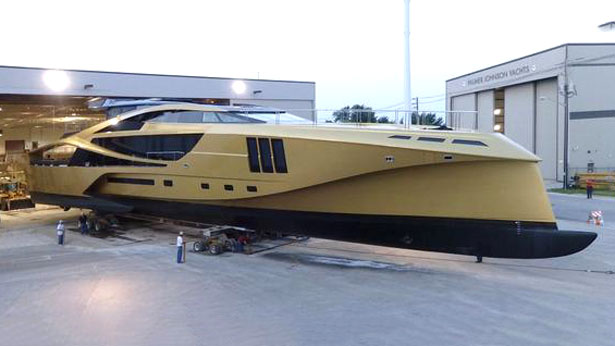 The 48m SuperSport is the largest carbon composite SuperYacht ever built, her stunning gold hull and black Superstructure are a truly awesome combination. 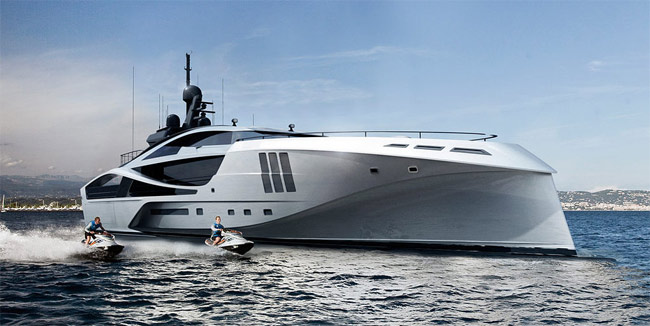 The revolutionary hull design gives this yacht a 32 knot top speed ? yet 50% more fuel efficient than any other yacht comparable yacht on the market!

To charter your own Palmer Johnson, such as BLUE ICE , get in touch with our team of experts today and start planning your dream yacht charter vacation!

Leonardo di Caprio was in the news again this week after his quest to win his first Oscar once more ended in disappointment. Nominated for his role in ‘The Wolf of Wall Street’, di Caprio plays Jordan Belfort. For most of the 3 hour film, Belfort lives a life of staggering decadence, epitomised not in the least by his luxurious superyacht, known to us as LADY M. Belfort lost his ship in a storm before losing everything else when convicted and sentenced to prison. 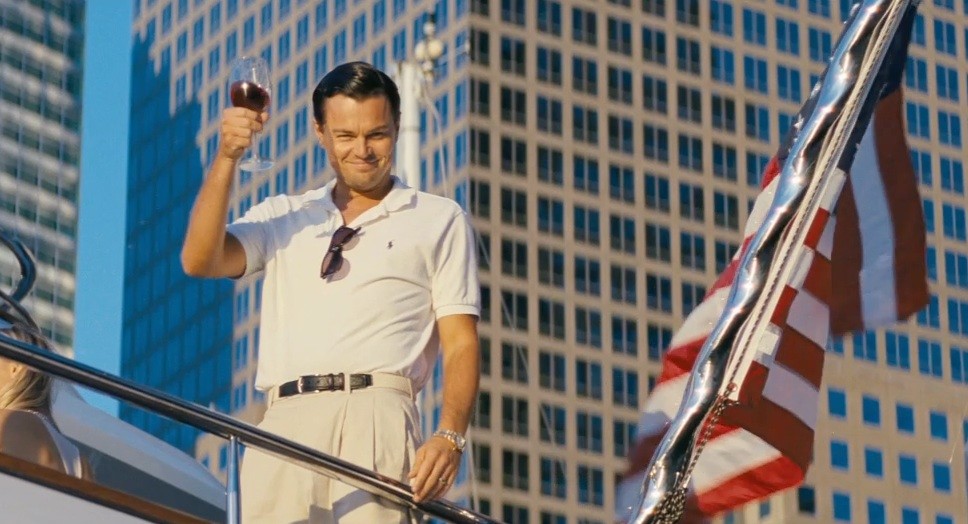 Belfort’s life of indulgent luxury is now at an end… Your’s doesn’t have to be.

In February of this year Mangusta launched the latest of their 165 range. This 8th hull in the series, the 165 E (standing for Evolution) is Mangusta’s most refined yacht to date. The 50m flagship is capable of doing up to 40 knots, making her not only the fastest yacht to come out of the Overmarine Group’s wharf, but the fastest Maxi Open yacht ever to be built. 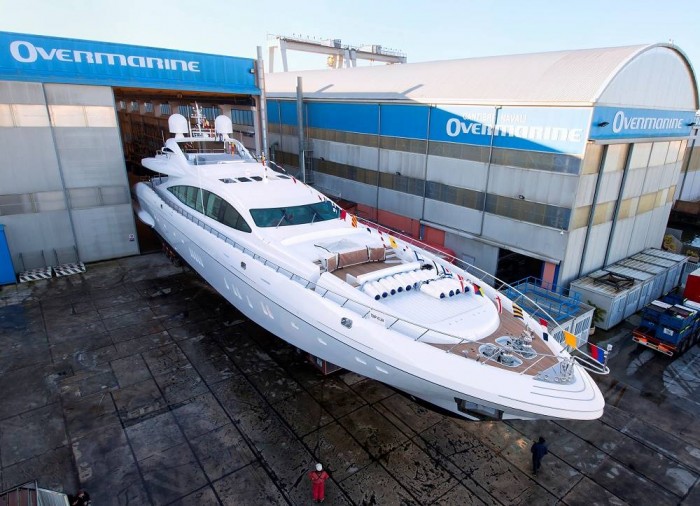 Since 2007 , Mangusta 165 superyachts have been the industry benchmark and this 8th incarnation is no different. Overmarine said of her that, “She knows no rivals in terms of comfort; the volumes of the yacht can be compared to a three-deck vessel of the same dimension, although this cannot be gleaned from the outside owing to her pure lines and sporty profile. The extraordinary combination of linear stress and expression of line gives this model an elegant character which is simultaneously distinctive and powerful. She is a masterpiece of distinctive, elegant, timeless design, conveying balance and dynamism.” 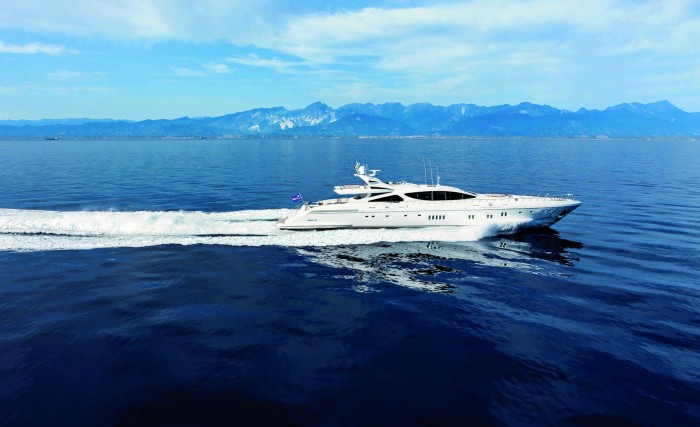 From the outside the 165 E is stunningly beautiful. She is elegantly simple yet sleek and sporty. It is the interior where the Evolution really takes your breath away though. More than 10 different kinds of rare and valuable wood and lacquering, at least 7 types of marble, mother of pearl and onyx, to name but a few, all contribute to an interior of unreserved luxury. 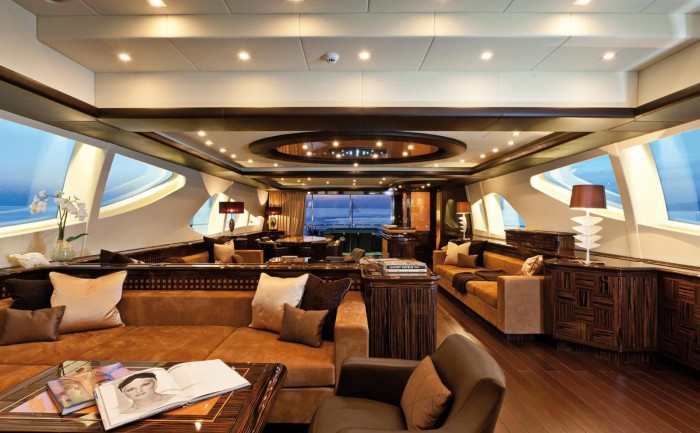 Much has been written about the salon windows. Requested specifically by the new owners, the single pane of glass provides unrestricted, panoramic views whilst letting in plenty of natural light. The entire yacht is created entirely at the Overmarine Group’s own plants, as is standard for all Mangusta yachts, ensuring only the best quality. The new 165 boasts the pinnacle on onboard quality and comfort: soundproofing, vibration control, ergonomic layouts. Everything has been painstakingly designed, built and tested to create one of the most unforgettable yachts. See it for yourself later this year at the Monaco Yacht Show.

Our specialist broker in Thailand is currently attending the legendary Phuket International Boat Show! Hosted in January every year, this esteemed boat show features some of the most luxurious, high-end yachts on the charter market and is a key national event for the industry, bringing in over 8 billion THB revenue for the exotic location of Thailand! 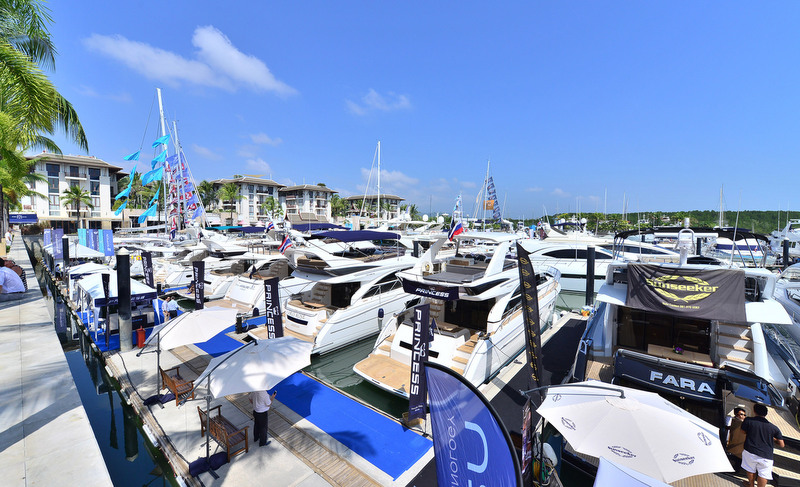 PIMEX 2014 is set to be the most impressive show yet!

The 2014 show is unprecedented in number of boats and their size! Asia’s largest yachting show will feature more boats than ever in the 70 to 95-foot range, as well as two superyachts over 100-foot! 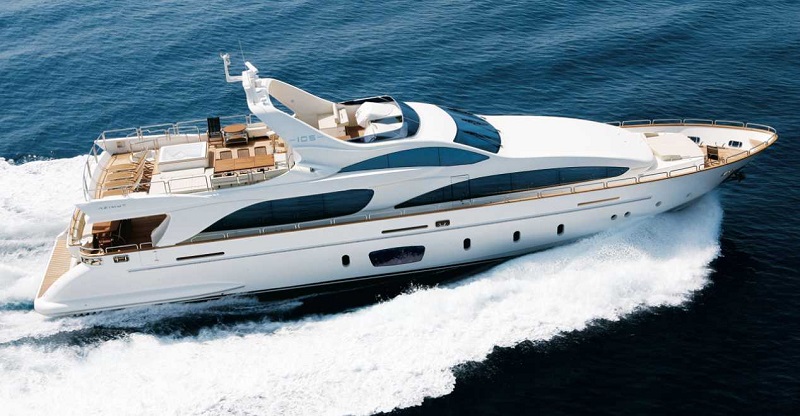 The amazing Azimut 105 is the largest yacht to be presented at PIMEX 2014!

We at Boatbookings are eager to hear our broker’s feedback from the show – we’re sure it is going to be more impressive than ever!

Watch this space for a full update next week including favorite yachts, new releases and perhaps even some itineraries!

It’s the 60th anniversary of the prestigious London Boat Show, but 75 was the number that everyone was talking about today. The all new Sunseeker 75 was the star of the show. With sprawling decks, sleek lines and new technology this yacht creates a sociable and light space for all to relax, entertain or unwind in a beautiful secluded bay.

And how better to celebrate this iconic British design than with a British icon? James Corden, king of comedy and Gavin & Stacy star was on hand to welcome guests and open the Sunseeker stand with this beautiful new luxury yacht. Corden said he was “thrilled” to be given the opportunity to open Sunseeker’s stand at the London Boat Show. 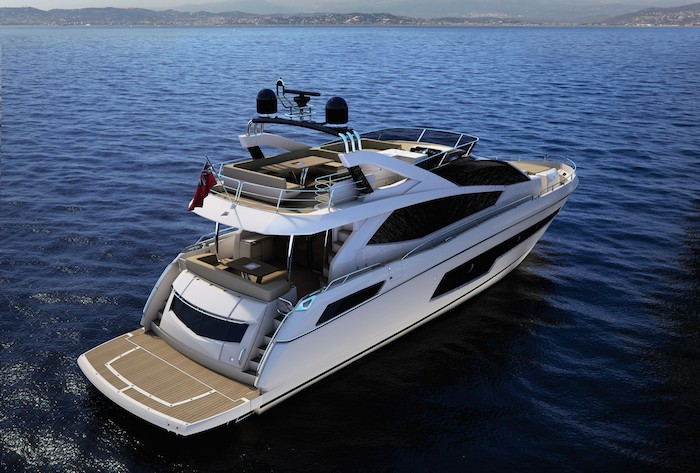 The Sunseeker 75 boasts three spacious cabins, 34 knots, wetbar to the aft, sun pads to the fore and aft and a vast flybridge. Some say you can’t have it all, Sunseeker would beg to differ!

Contact us for more information on chartering Sunseeker yachts!

Admiral Shipyards have announced yet another order for a construction of their new eco-friendly aluminium Impero range. Ranging from 40 metres up to a awe-inspiring 55 metres, the futuristic shipyard have orders for 4 super yachts in this range.

The latest order from this range is the 40 metre model, with eco-credentials to impress anyone green-inclined. She has a revolutionary Siemens hybrid engine, this allows the yacht to cruise completely silently at 10 knots. As well as this she will consume just 60 litres of fuel per hour, giving her enough range to cross the Atlantic Ocean twice! With combined engine power, she achieves the very respectable speed of 20 knots, doing so as efficiently and silently as possible. 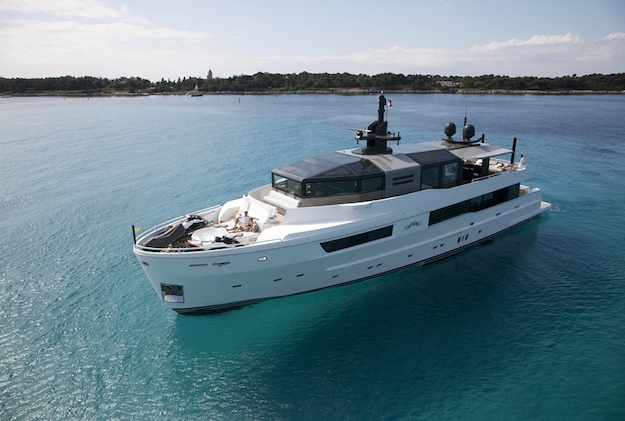 Completion of Admiral’s range is expected towards the end of 2015, but if you can’t wait that long for your eco-yacht charter we have just the boat for you! M OCEAN is part of the new iconic Arcadia range, with a similar hybrid system allowing it to cruise silently at 8 knots, and solar panels on the roof to provide electricity when at anchor. Based in Golfe Juan on the French Riviera for the winter her charter rate is €98,000 per week, accommodating up to 12 guests comfortably.

Contact the Boatbookings team for more information on eco-friendly chartering!