We all know and admire the luxury, performance, craftsmanship, design and durability of Nautors Swan sailing yachts. There are many specimens available for charter, some in better condition than others, and there’s only one for your Greece sailing vacations! 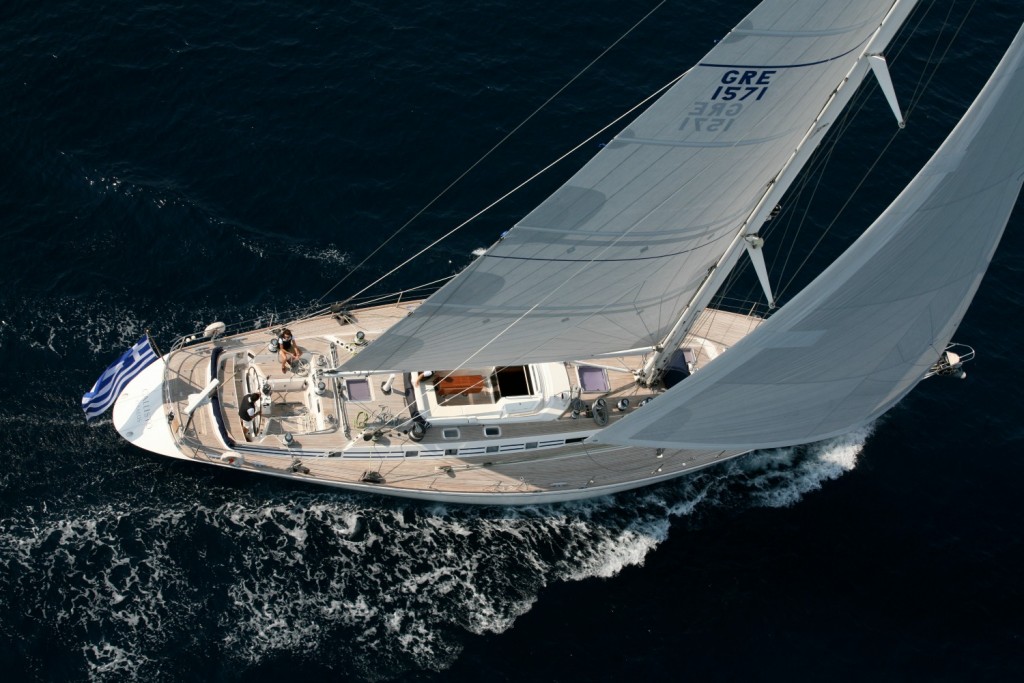 There is however one Swan that definitely outpaces all her sisterships: CALLISTO, a Swan 77, extended version. CALLISTO was built in 1995 as one of the biggest Swans at the time and, having had only 2 owners who have spared no expense to keep her in prime condition, she is in immaculate condition still.

END_OF_DOCUMENT_TOKEN_TO_BE_REPLACED

The winner of the 66th Cannes Film Festival is La Vie d’Adele (Blue is the Warmest Colour). The most coveted prize in film after the Oscars went to this three hour emotional tale of love and sexuality by Abdellatif Kechiche that centers on a 15 year old girl (Adele Exarchopoulos) and her lover (Lea Seydoux) and is the first time in the festivals history that the Palm d”Or has gone to a French film in two consecutive years. It is also notable that this steamy lesbian epic has won the highest award on the day when hundreds of thousands of demonstrators marched in Paris on Sunday to protest France's recent legalization of same-sex marriage. (See more on this film here)

The other notable winners in the 66em Festival de Cannes were:

After some intense debate, we narrowed the field down to just three yachts. WILD THYME, BLACK AND WHITE and CALLISTO. Chosen for their gorgeous lines, high performance and supreme luxury, they would provide any guests with a charter of a lifetime, yet which one would edge the other out to win Boatbookings Palm d'Or?
And the winner for Best Yacht in the Cannes Film Festival is…..
BLACK AND WHITE as it was ended up sweeping away the field and taking the prize as our favorite yacht from this series of

blogs marking each day of the Cannes Film festival. Her gorgeous lines, immaculate and luxurious interior, fantastic outdoor spaces for sunbathing or al fresco dining and superb crew propelled her to victory. (Click on here to find out why she was our favourite!)
At www.boatbookings.com, we are here to help you plan your perfect luxury yachting holiday. We have a team of highly skilled professionals who are extremely knowledgeable in their destinations and will be able to help you bring together the yacht, the crew and all the other aspects that make your charter special.
Tweet
Posted on May 27, 2013 by admin

The glamour and excitement of the Cannes Film Festival is such that the final day is already upon us! The most prestigious film festival in the world has passed in a whirlwind of celebrities, fast cars, and flashing sequins. Yet it is also never one to go out with a whisper. The final day of the 66th Festival de Cannes will close with a screening of the

thriller Zulu by Jerome Salle featuring acting heavy weights Orlando Bloom who we know from films such as Pirates of the Caribbean and Lord of the Rings and Forest Whitaker (The Last King of Scotland, Ghost Dog).

It is an adaptation of the fantastic novel of the same name by Caryl Ferey which was awarded the Grand prix de litterature policiere in 2008. This powerful film sees cops, Orlando Bloom and Forest Whitaker team up in an attempt to bring the murderer of an 18 year old girl to justice in a South Africa still rife with racial and social tensions from the apartheid.

Taking inspiration from Orlando Blooms Pirates of the Caribbean, our yacht nominee for Zulu is CALLISTO! With William Turners affinity for sailing we thought that this stunning Nautors Swan 80 would be the perfect way to relax

and unwind after two weeks of attending the hectic Cannes Film Festival.

She accommodates up to 6 guests in 3 cabins and is available to charter around Greece and the islands of Paros and Mykonos. Her gorgeous interior, hand-crafted in teak, leather upholstery and multiple award-winning chef would be fit for kings let alone pirates!

At www.boatbookings.com, we are here to help you plan your perfect luxury yachting holiday. We have a team of highly skilled professionals who are extremely knowledgeable in their destinations and will leave no stone unturned to bring together the yacht, the crew and all the other subtle aspects that make your charter so special.