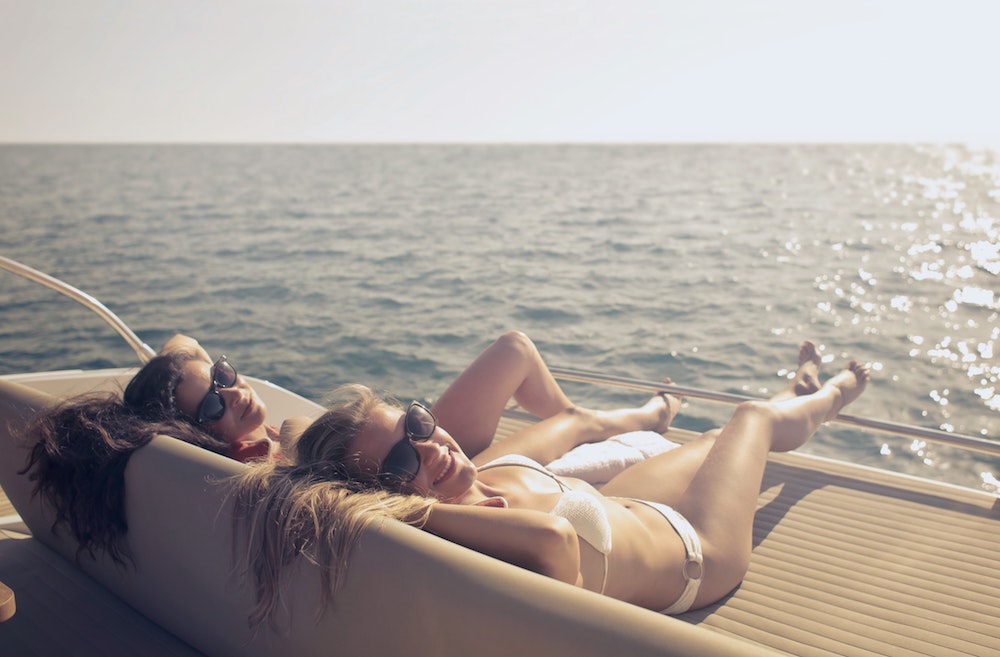 Thanksgiving is the perfect time to reunite with friends and family, and with the holiday season in full swing why not celebrate in style with a private luxury yacht trip for the day in Miami?

Cruise around Miami’s intercoastal waters, taking advantage of the uninterrupted views of the city’s Skyline or venture along South Beach as you soak up the sun, dive straight into the water and share some refreshing drinks before tucking into a delightful Thanksgiving meal. Take a look at our Miami Day Charter Itinerary for some more ideas of what you could get up to! 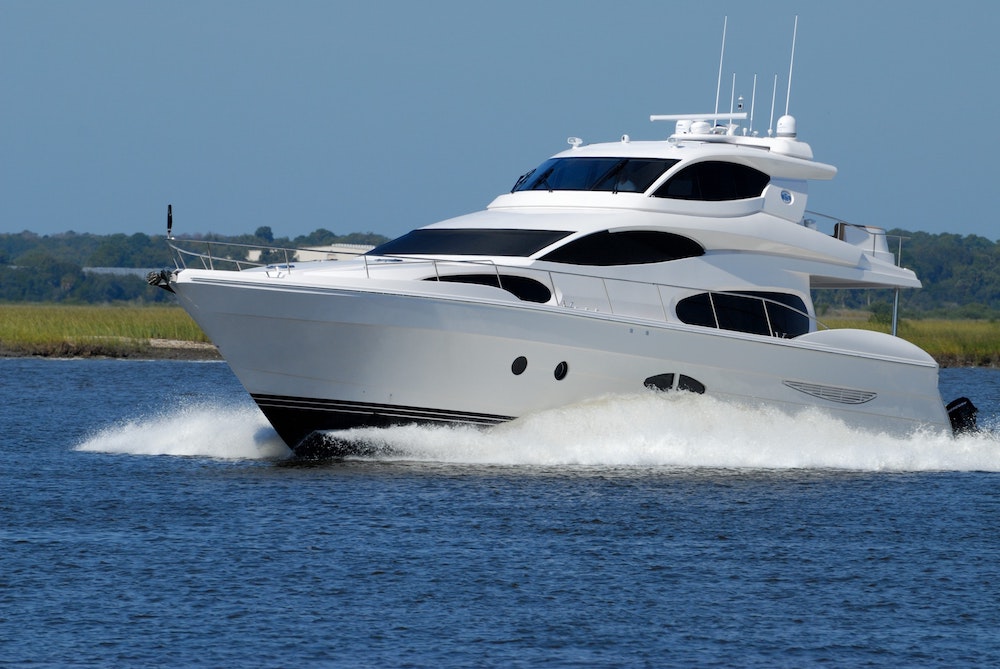 Boatbookings has a great selection of Miami Day Charter Yachts that are available for hire – we can organise your day so all you have to do is sit back and enjoy the festivities! Send us an enquiry or email charter@boatbookings.com to get in touch.

Biscayne National Park holds a myriad of mysteries, secrets and natural wonders; ranging from jaw-dropping scenery to vast coral reefs, alive and bustling with a full spectrum of tropical fish and other aquatic wildlife- there is a lot more to see than meets the eye!

Biscayne National Park is one of the largest marine parks in the National Park system. Comprised of 95% water as well as a portion of the third largest coral reef in the world, this National Park is almost exclusively accessible by boat. If you really want to see why Biscayne is so widely renowned, you’ll need to get below the surface to really experience this treasure chest of history, nature and an unforgettable display of colour.

The human history of this immense body of water and scattering of islands dates back almost 10,000 years, to the very first Native American settlements and Caribbean societies. Buried amongst the bejeweled coral reefs many meters under the water, or nestled safely within the timeless, emerald forests and twisting maze of mangroves, the history of humanity is embedded into the nature of Biscayne Bay, swallowed up, but not forgotten. Biscayne Bay holds the key to a myriad of secrets, and it’s up to us to find the clues and piece together the puzzle of life.

During the 17th and 18th Century, Biscayne Bay was the centre of operations for a notoriously revered pirate: Black Caesar. The name of Black Caesar resonates throughout history; being the subject of many myths and tales, it is said that Black Caesar had used Elliott Key and Old Rhodes Key as bases for buried treasure that had been seized from North American ships and trade ships of other nationalities. The evidence of major conflicts is laid-bare on the bottom of the ocean in the form of shipwrecks, cannonballs and various other relics, preserved over time, that have been gracefully absorbed into the natural world and transformed into beautifully established, perfectly functioning vibrant coral reefs, alive with a myriad of flashing colours.

Biscayne National Park has something to offer for everyone; from lovers of history, to those who become captivated by the wonders of the natural world, to those who become captivated by the warmth of the sun and the sparkling, golden sand. The Maritime Heritage Trail, preserved carefully by the park rangers, paints an illustration of human history through various nautical skeletons and ancient infrastructure, such as the Fowey Rocks Lighthouse, which was built in 1878. This trail is only accessible via boat, so if you want to travel through history then get in touch with us about Miami Day Charters!

What some may see as the biggest attraction of Biscayne National Park can be found absolutely everywhere; under every rock, hidden in every nook and cranny; on land, in the sea and even in the sky… This is referring to the vast range of wildlife that inhabits Biscayne Bay, from the smallest insect to possibly the largest crocodile you will ever see, Biscayne Bay is home to a surprisingly wide variety of animals.

For SCUBA divers, there is an endless list of sealife to be found beneath the surface; ranging from Turtles, Seahorses, Angelfish and Scorpionfish to a myriad of Shark species (including Great White) and the more friendly Dolphins– if you’re lucky you may even bump into a peaceful Manatee, which is a protected species in this National Park, but everywhere you look there’ll be something waiting to catch your eye!

For twitchers (bird watchers to the layman), Biscayne National Park offers an enchanting assortment of bird species; from your Common Loon, to the American Flamingo, to the rather self-descriptive Greater Yellowlegs, to name a few. On land, there is a spectrum of reptiles, butterflies and insects for you to search for, as well as native rodents such as the Key Largo cotton mouse.

Biscayne National Park is perfect for fishermen, photographers, artists, explorers, sunbathers – you can see where this list is going, but most importantly, this secluded island surrounded by a plethora of buried secrets is only accessible by boat. Imagine yourself waking up in the morning on board your own private yacht, stepping out onto the sundeck and enjoying your morning coffee with this tropical paradise as your back garden for the day- it can’t get much better than that!

If, after reading this blog, you’re itching to go on an excursion to see for yourself the breathtaking sights and menagerie of wildlife, we can help you, just drop us a message and we will sort you out with a personalised itinerary.

Miami offers a myriad of dining options, ranging from the cheap and cheerful coconut stalls and authentic Spanish gelato vendors all the way up to the top-star, fine dining restaurant experience. Miami, rippling with endless culture, never ceases to keep originality in the foreground, as illustrated by such restaurants as SuViche– a Japanese, Peruvian fusion. It’s difficult to even imagine such an unlikely pairing, but, in true Miami style, they’ve nailed it. At SuViche you can enjoy either lunch or dinner tapas-style dishes such as Tiradito, and with 3 locations across the city (Wynwood, Brickell and Miami Beach), there’s no excuse not to stop by!

Miami is renowned for its alligators, and, whether you like them or not, a restaurant called Kush offers you the chance to bite back- in true Miami style. Kush’s menu consists of alligator bites and alligator tacos- but don’t worry- you’ll also find some tasty, alligator-free burgers if you’re not feeling up to it! But, for those of you who may be interested in munching down on an alligator, apparently it tastes like a mixture of chicken and turkey! Kush is located in Wynwood, which is definitely worth a visit!

Another notable restaurant to look out for in Miami is NaiYaRa– a fusion of Thai, Japanese and other Far Eastern street food. This restaurant offers a vast range of high-quality seafood; even flying in rare fish and delicacies from all over the world! NaiYaRa offers original takes on some familiar dishes, for example a Salmon Taco, topped with spicy mayonnaise, avocado and truffle oil.

Wynwood is the place to be for foodies, instagrammers and even coffee-enthusiasts. Panther Coffee, located in the Wynwood Art District, is well-renowned for -you guessed it- coffee! Panther boasts the freshest coffee around; who would say no to daily roasted coffee beans, providing that fresh, full flavour that just resonates with all of your senses? From the farm, to the table- this coffee house is simply a must for those who know what a good cuppa joe should taste like!

If you are up for trying new foods and embracing different cultures, then you would love a trip to Miami! Why not take it one step further and have a look into Miami yacht charter?

This weeks luxury trends highlight the hottest event in the French Riviera this week, MIPCOM. Head down to Cannes to experience the festivities, with the port brimming and the Palais full of advertising excitement. Also discover how Aston Martin are expanding into luxury residences, so you can now experience your favourite brand on land, sea and in property! If you are heading to Fort Lauderdale, and you need a break from the hustle and bustle then head for a cooking class followed by some fancy cocktails. 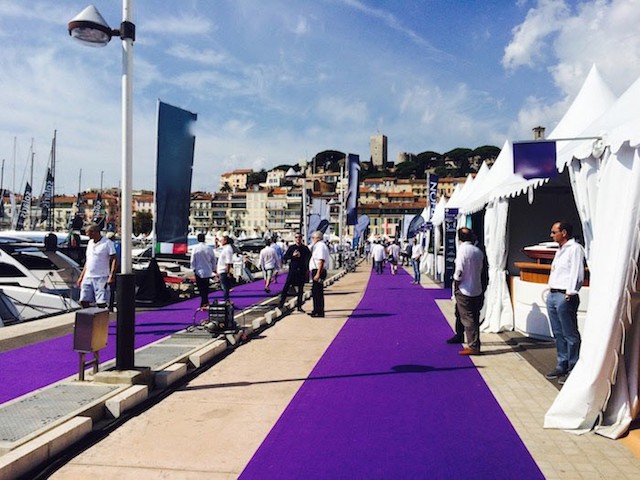 END_OF_DOCUMENT_TOKEN_TO_BE_REPLACED

Treat yourself to a New Years to remember, in the party capital of the world! Miami is a varied, glamorous, and energetic destination which should definitely be experienced on a yacht. How does cocktails, top cuisine and fireworks on Miami Beach sound for a night to remember? You’ll be amazed with your boat charter Florida will provide you with memories for a lifetime! 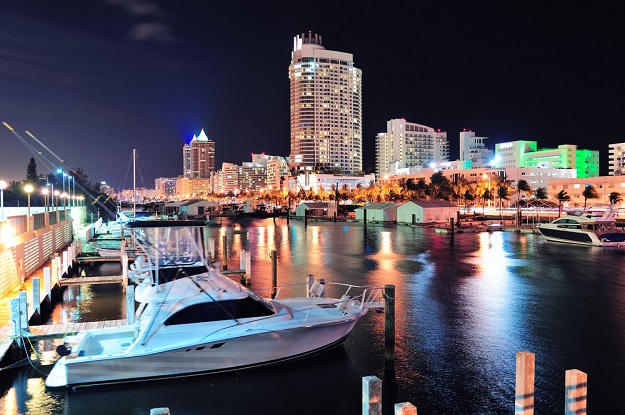