Feadship, now a revered name in luxury yachting, was founded in 1949 just after the second world war by two families, De Vries and Royal Van Lent, to begin rebuilding a shattered European pleasure boat business. Feadship stands for First Export Association of Dutch Shipbuilders and was helped along by the Dutch Government's Export incentives.

Although the market was small in Europe at the time, their use of steel and aluminum (when nearly everyone else was using wood) caught on quickly in the US. With their continuing breakthroughs in their ship's size, materials and features, plus Feadship's ability to custom build yachts to exacting owners specifications, Feadship has been a major force creating the super yacht market as we know it today.

Today, Feadship has two shipyards in Aalsmeer and Kaag, Holland. It launches approximately 5 yachts per year and has over 200 in the water worldwide. Feadship is an acknowledged leader in the Super Yacht business and continues to innovate to this day. One of their motto's is 'we don't meet budget, we meet wishes' implying that the yachts they make are not quick or cheap, but perfection!

One of Feadship's notable projects is the super yacht VENUS. Commissioned by Steve Jobs and only completed about a year after his death, the yacht was described as a 'floating Apple store; and is surely one of Feadship's memorable builds. 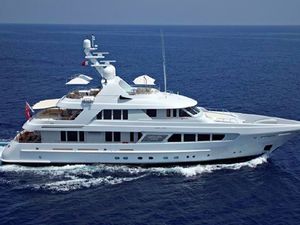 BOATBOOKINGS SAYS:
"A quality motor yacht from top to bottom with a dedicated can-do crew." 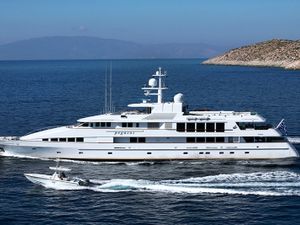 BOATBOOKINGS SAYS:
"PEGASUS is a magnificent crewed motor yacht that is ideal for a luxury charter around the Cyclades Islands with your friends and family!" 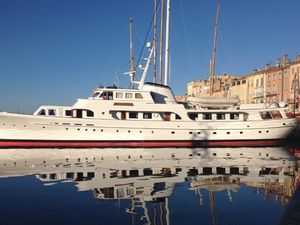 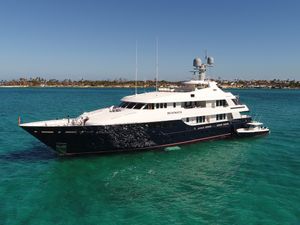 BOATBOOKINGS SAYS:
"BROADWATER’s impressive size and volume is found in her tri-deck configuration, you will be spoilt for choice!" 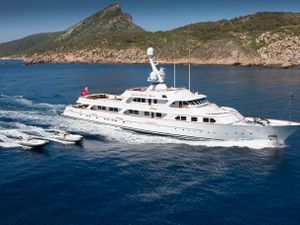 BOATBOOKINGS SAYS:
"One of the best water toy collections on the charter market!"