When you’re a 14 times Grand Slam singles champion and Olympic gold medallist, it’s worth treating yourself at least once in a while. That’s what Rafael Nadal was doing last weekend in Cannes, visiting the Vieux Port in Cannes with a view to buying one of the super yachts in the French Riviera.

Accompanied by his long-term girlfriend Xisca Perello, the couple were spotted on board the stunning Palmer Johnson, BLUE ICE. The 150ft motor yacht is sleek and sporty, so perfect for one of the world’s top tennis players. Nadal is often spotted on board luxury yachts around Mallorca and Ibiza, so it makes sense that he is looking at buying one to call his own.

It appears that Rafa was taking his chance to have a look around BLUE ICE before she heads to the Caribbean for her first winter season to cruise in the waters that match the striking blue colour of her hull. If she’s good enough for a professional tennis player, she is good enough for your vacation too! 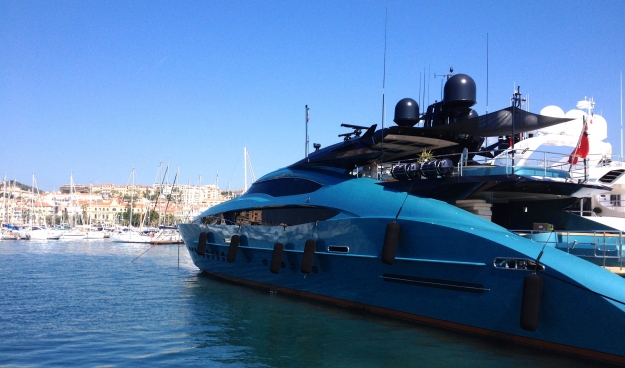 Palmer Johnsons are known for their striking lines, sporty shapes and often unusual colours, so it is no wonder that Nadal is looking at a yacht that will make him stand out from the crowd. The team visited GRIFFIN at the Monaco Yacht Show, and were impressed by her bronze colouring, dark cushions and Captain who was clearly passionate about the yachting brand – when they look like that, who wouldn’t be?