Discover the natural paradise of the Azores on your Yacht Charter - Charter a Bareboat or Crewed sailing yacht and discover some of the most exceptional cruising grounds in the Atlantic.

Those who enjoy being submerged in nature and have an adventurous spirit are perfectly suited for chartering in the Azores! This archipelago located roughly 1,400 miles west of mainland Portugal, boasts 9 exquisite, prehistoric islands ready for you and your loved ones to explore. The islands make for adventurous sailing during March April May time, with the seas being relatively flat during July and August - perfect for families looking to escape the crowded Mediterranean.

With a population of around 240,000 inhabitants, the archipelago consists of nine islands gathered into three distinct groups: the eastern group: Sao Miguel and Santa Maria; the central group: Faial, Pico, Sao Jorge, Terceira and Graciosa; and lastly, the western group: Flores and Corvo. There are great distances between some of the islands so the need for a VHF license and strong sailing experience is needed.

You must meet these two requirements in order to charter in the Azores.
1) The Azores should be sailed by experienced sailors, with some ocean sailing experience. Long distanced sailing preferable.
2) Hold a valid sailing skippers license (ICC or equivalent) AND a VHF license. If you do not hold a VHF license, they are easily obtained in a one-day training session.

The seas which surround the Azores are rich with wildlife due to the levels of plankton. The wildlife consists of the resident Sperm Whale, Blue Whales, Humpbacks, Orcas, Dolphins and more. It would not be uncommon to see whales or dolphins on your charter - there is nothing more magical than sailing along with whales and dolphins!

Thinking about crossing the Atlantic? Test out your skills here! These islands create a safe environment for you to test your sailing abilities, giving you an opportunity to check whether you are ready for the crossing.

The Azores are easily reachable by plane from both sides of the pond. Direct flights from Boston and London make this corner of paradise easier to get to than you may have first thought! Flight times from the UK are roughly 4 hours, flights from Boston are just under 5 hours.

Due to the geographic location of the Azores (on the same latitude as the Mediterranean) is it considered to have a subtropical oceanic climate. Warm summers, and cool for other months. These islands do not have a tropical climate that is normally associated with archipelagos. Being completely surrounded by the Atlantic means the climate is dramatically influenced in comparison to the Mediterranean. The temperature during the summer months of the Azores will be lower than the Mediterranean but still comfortable and warm! Wave goodbye to sleepless hot nights!

Below is the average temperature in Sao Miguel - the biggest islands in the Azores.

Azores High
If you are a sailor or have a vague interest in weather, you may have come across the term 'The Azores High'. This is an area of high pressure that possesses an anticyclonic nature, circulating air clockwise. This high-pressure system brings no wind, and infuriates even the best of sailors! On the flip side, this brings some very calm sailing to families during the Mediterranean high season months (July and August). The Azores high contributes to the hurricane season all the way down in the Bahamas and Caribbean. Check our weather page for more information on sailing weather.
Sea Temperature
Okay, so we are not going to sugar coat it - it is the Atlantic! However, it may not be as cold as you think. Sea temperatures, below, based around the island of Sao Miguel.

The island
The cosmopolitan island of Faial attracts sailors from all over the world. The port, in the main town of Horta, is a mandatory stop for sailors crossing the Atlantic - attracting sailors from all walks of life. It is not uncommon to see the sea legged seafarer heading directly to one of the lively bars located close to the marina after weeks at sea! Besides the wondering sailors, the island has a population of around 15,000 permanent inhabitants, which service the hospitals, schools, marinas and many more. The island is devoted to the sailors that come in and out of the country and rely on this type of tourism to keep the island running smoothly.

Must-see:
> The Calderia Volcano and Capelinhos Volcano
> Watch the sunset from the Marina in Horta, with the Island of Pico as a backdrop
> Gin and Tonic at Peters Cafe Sport

Horta Marina
The Marina walls are covered with paintings (pictures above). There is an old wives' tale that if you do not create a painting, you will not reach your destination! This has attracted even the most un-artistic sailors from across the world to make their mark on one of the most famous marinas in the world. The marina offers excellent shelter from the prevailing winds

The island
Unlike the other islands in the Azores, Sāo Jorge island is easily distinguished by its long narrow shape. Sao Jorge is characterised by its many fajas (small land plains created by lava and ancient landslides) which extend out into the Atlantic Ocean. Due to the landslides, Sao Jorge boats some of the best natural swimming pools such as the Piscina Natural Simao Dias which lays on the northern coast of Sao Jorge island. The idyllic, Portuguese villages set on the waterfront make for some fo the most authentic backdrops the Azores have to offer.
Must-see:
> Piscina Natural Simao Dias
> Caldeira de Santo Cristo Fajã
> Ponta dos Rosais

The island
Pico is one of the most distinguishable islands of the Azores, Montanha do Pico (pictures above) which towers an incredible 2351m above water level is a welcoming sight for sailors crossing the Atlantic. Pico island is a recognised UNESCO World Heritage site, famed for its unique lava fields and the abundance in sealife. The northern coastline consists of grottos and arches, whereas the southern coastline has the famous Lava Caves at Gruta Das Torres, which were only formed around 1500 years ago! It is believed that these cave and tunnel systems equate to roughly 5km.

The island
Terceira has been recognised, along with Pico, a UNESCO World Heritage site thanks to the Renaissance houses, churches and monasteries. The vivid terracotta roofs which decorate the landscape is truly a corner of paradise for visiting sailors. With a population of 55,900 residents, this island boasts sandy white beaches, an extinct volcano that you can walk inside, pretty anchorages, what more could you ask for?!

The Island
Graciosa Island is actually the least most mountainous island out of the whole Azores, the highest point is around 400m above sea level. Graciosa Island is extremely self-sufficient, with most of the flat land used for growing vegetables and raising cattle. The island is home to just over 4500 residents, making it one of the least habited islands of the Azores. The quaint, rural towns, which make their own wines are littered with bright white houses and the classic Portuguese terracotta roofs. The gentle pace of life on this island is both refreshing and rejuvenating - the perfect place to stop over after a day's sail.
Must-see:
> Furna do Enxofre (Lava Cave)
> Baleia Islet (pictured above)
> Museu da Graciosa

The island
Sao Miguel is the most densely populated island of the Azores, with the population around 131,600 this island is undoubtedly the busiest out of the whole Azores. The island is characterised by its lush green fields and abundance of cultivated fields, and natural lakes that have formed in the volcanic craters. The main city of Sao Miguel is Ponta Delgada, which plays a fundamental role for the whole Azores both economically and culturally. Most tourism takes place on this island, so this is the place for your shopping! Provisioning is made easy here with shops located close to the coastline.

The island
Santa Maria was the first island to be discovered c1427, by the Portuguese navigator Diogo de Silves. Roughly 70 years later Christopher Columbus stopped on the island on his return back to England from his American expedition. Santa Maria is known as the golden island because of the gorse and undergrowth that covers the land. This lead Raul Brandao, a Portuguese writer to also describe the island as "The Island in the Azores the Smells Good!"
Must-see:
> Maia and Sao Lourenço Bays; Vila do Porto.

The island
The Flores is mostly composed of various mountains, characterised by gigantic cliffs. It is often regarded as the westernmost point of Europe, and one of the most beautiful islands in the archipelago, covering up thousands of blue hydrangeas, which divide the fields along the roads on the banks of streams and ponds.

The island
Corvo was created by one volcano, which is now extinct. The Volcano is now the home to Monte Gordo, a huge volcanic mountain that has a massive crater locally nicknamed Caldeirao. It has an impressive circumference of 3.7 km with the depth being around 300m. Lagoons lay at the bottom of the crater which makes for some interesting walking paths!

In September, daredevils from across the world gather in Sao Miguels southern island called France Do Campo, to test their nerve by jumping off cliffs into the seas below. Reaching over 85mph, these athletes can be viewed from the water and from the cliffs themselves. This island is only accesble by yacht so why not add this to your September itinerary? 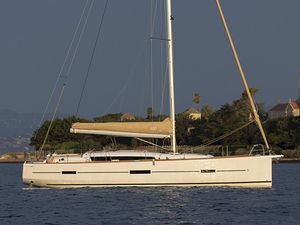 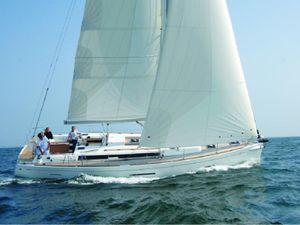 BOATBOOKINGS SAYS:
"Elegant Dufour 450, available for exciting charter around the stunning islands of the Azores!" 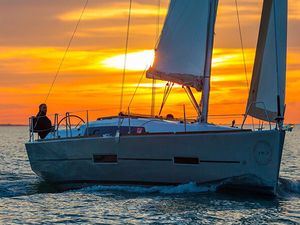 BOATBOOKINGS SAYS:
"Explore the beautioful islands of the Azores onboard your luxurious Dufour!" 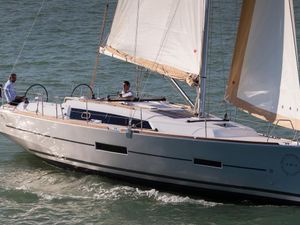 BOATBOOKINGS SAYS:
"Beautiful Dufour 382 available for adventurous charters around the stunning region of the Azores!" 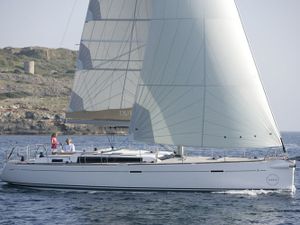 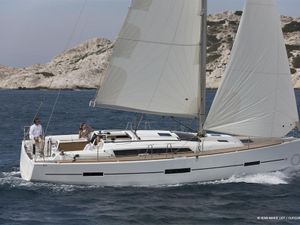 BOATBOOKINGS SAYS:
"This Dufour 410 is ready for an adventurous spirit to grab the helm!"